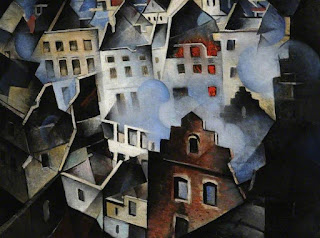 A principle of cascading disasters is that the world is ever more closely linked by networks on which we all depend for communications, commerce, enlightenment and entertainment. When disaster strikes, these networks are capable of transmitting impacts through a variety of domains and system states, each of which produces different consequences. The cascade is a result of the progression of a shock through different kinds of vulnerability. To categorise these as social, economic, psychological, environmental, institutional, and so on is to oversimplify the mechanisms within them and the connections between them.

Behind this scenario is globalisation. The term has many different meanings. It can signify a means of diversifying assets so as to optimise the way they can be used to exploit people, for example, by shifting manufacturing production to places where wages can most easily be suppressed. It can also mean communication over very long distances, leading to the adoption of common agendas among disparate groups of people. In globalisation there is a degree of uniformity of culture, tastes and social mores. This makes it easy to spread concepts that are compatible with the culture, tastes and mores.

There has recently been a surge of research interest in disaster and conflict (ref). It is obvious that military instability is likely to complicate and retard the process of getting natural hazard impacts under control. Everyday risk factors are different when floods, transportation crashes, landslides, toxic spills, structural collapses occur against a background of asymmetric warfare, armed insurgency, fighting or rampant terrorism. One question that is asked relatively rarely is why we exclude warfare from our definitions of disaster. Is war not a disaster in its own right? The answer is that we do so on the basis of convenience, because introducing armed conflict into the disaster equation would easily lead to unmanageable complexity.

The Russian invasion of Ukraine is a cascading disaster with global ramifications. It shows up failure to avoid provocation between states, failure to predict and mitigate conflict, failure to make sufficient progress in the transition away from dependency on fossil fuels, and failure to resolve disputes in the global arena. It poses challenges of coping with massive, unplanned mass migration, preventing the escalation of conflict into other states or the global arena, preventing deadlock in the United Nations Organisation and revitalising it. All of these problems have at their root a lack of foresight and an inability to create stable global governance, as well, of course, as simple bad behaviour by national leaders. Moreover, at the world scale there has been a gradual and sustained retreat from democracy as well as a retreat from the principle of right to protection (R2P). Moreover, the Coronavirus pandemic has been widely used as a pretext for curtailing human rights.

The apparent impotence of the United Nations in the face of armed aggression by one country against another might beg the provocative question “are we witnessing the end of globalisation?” Inspired by the events that led to the fall of the Berlin Wall, 30 years ago Francis Fukuyama wrote his treatise on The End of History (Fukuyama 1992). History, of course, continues to be made, both as events and as some form of human social development. One wonders whether, instead, we are seeing the end of progress. A related question is whether progress is the essential motor of globalisation, and whether globalisation would collapse without it.

Niels Bohr famously said that “prediction is very difficult, especially about the future”. Nevertheless, a defining malaise of our age is the failure to exercise foresight. If many things cannot be foreseen, at least they can be visualised as possibilities or probabilities. One can then ask how they would be dealt with if they materialise. We tend to analyse problems using the matrix, or within the context, that prevails at the moment. Yet the problems may materialise in a very different context in which the values in the matrix diverge substantially from those that currently prevail.

Two further observations are pertinent here. One is that the shifting context pilots events. The other is that it can be demanding and expensive (in various ways) to transform foresight into action, and it may be something that lacks broad support, especially among people who lack foresight.

We cannot understand disaster without knowledge of its root causes and the dynamic pressures that trigger the forces that precipitate it. The dynamic pressures, in turn, cannot be understood without knowledge of the context in which disaster occurs. One of the major challenges of the modern age is to understand a context which tends to broaden from the purely local to a global extent. Geopolitics, globalised production, global competition for natural resources and the world-wide effects of climate change all have local impacts and implications. Conversely, local events can have repercussions around the world. As an example, consider the impact of the Fukushima Dai’ichi nuclear release in Japan in 2011 on nuclear energy policy in other countries (Wittneben 2012,Kim et al. 2013).