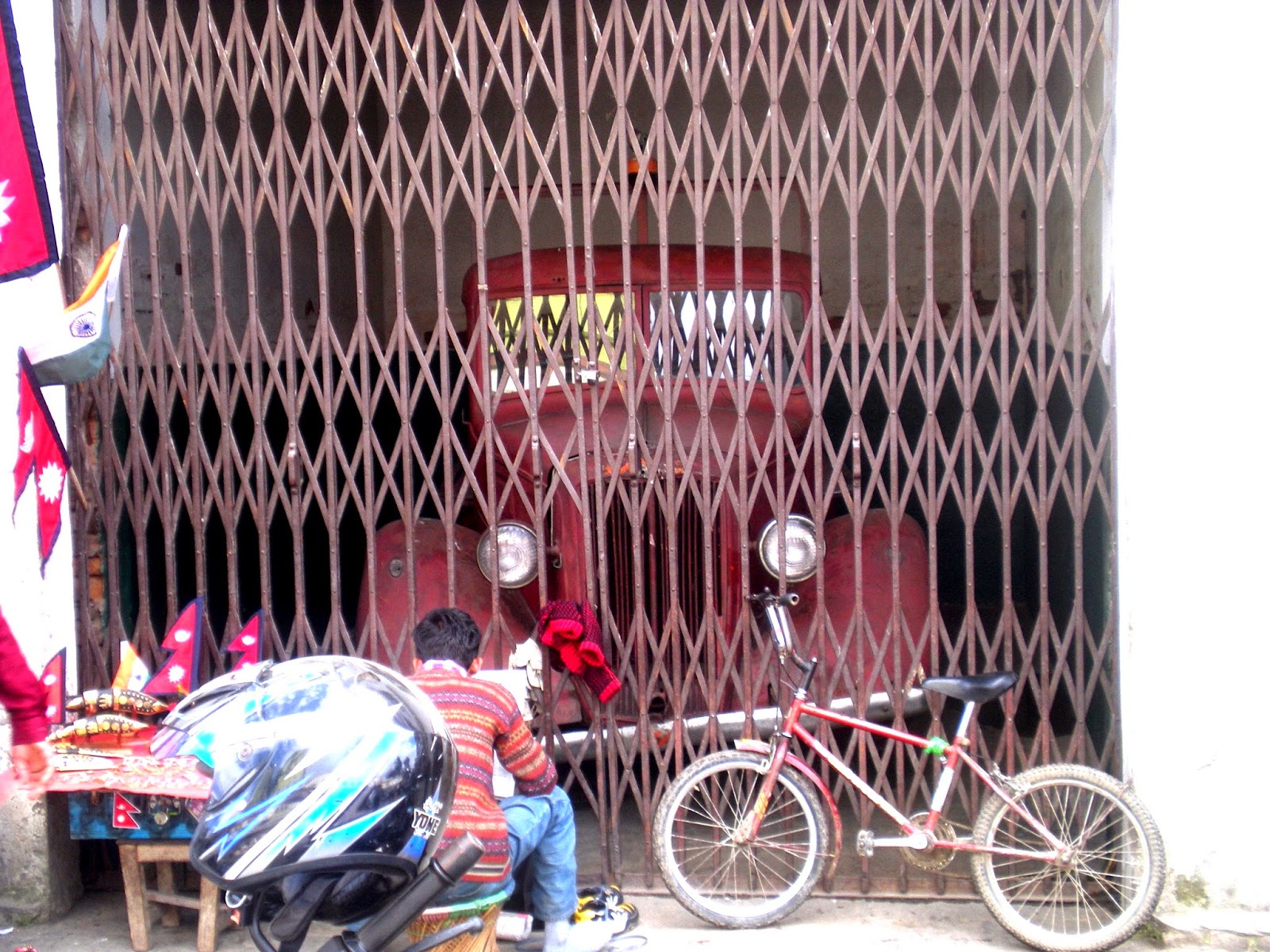 A few years ago I went to Kathmandu and had the opportunity to meet members of the national and local governments, as well as the international aid community. Kathmandu suffered the impact of a magnitude 7.4 earthquake in 1934. It did much damage, but what were then grassy fields are now densely populated tenements in a chaotic, rapidly spreading urban fabric. There are 1.6 million people in the Kathmandu valley. The calculated return period of the 1934 event was 70 years: a major earthquake was overdue. If such a disaster could not be coped with locally, aid would have difficulty in arriving at an airport that was too small, cramped and difficult of access (the presence of Anapurna means that aircraft have to corkscrew down to land). The logistics remind one of Port au Prince in Haiti.

I visited the city's emergency management department, which was run by five men who occupied a decrepit office in the city hall. Their equipment consisted of a second-hand laptop computer, a rusty motorbike and a megaphone. The fire and rescue service of Kathmandu had six engines. Three were museum pieces from the 1930s: the others were relatively modern appliances dating from the 1960s. The UN emergency management arrangements had been entrusted to a young man who had no relevant experience and consequently radiated nervousness. Government ministers whom I met clearly had their minds on other matters: while I was there, 67 people were injured in a riot. Meanwhile, pro- and anti-government forces bristling with armaments put up rival shows of strength in different parts of the city.

The international community and aid agencies have spent considerable sums on consultancy work to assess the vulnerability of Kathmandu to floods and earthquakes. GIS-based mapping has produced a detailed picture. This struck me as rather like contemplating the statue of Oxymandias in the desert ("Look upon my works, ye mighty, and despair!"). Much more simply, one could jump into a decrepit Suzuki 800 taxi and look out the windows as it crept through the traffic jams. The vulnerability was painfully obvious to the eye, but what was being done to reduce it?

I left Kathmandu with a pervasive sense of having encountered wrong priorities. It had consultants, committees, reports, conferences and NGOs. It needed neighbourhood search and rescue, emergency response training, massive increases in hospital capacity, and retrofitting of key buildings (and of cultural heritage).  Without these developments, the result would be a fatal and debilitating aid dependency. I know that since my visit some progress has been made. However, the news that has come out of Nepal in the first hours after the magnitude 7.8 earthquake of 25 April 2015 is disheartening, largely because of the crushing predictability of the predicament in which Nepal and Kathmandu find themselves.

Nepal is a low income country that ranks 157th in the UN's Human Development Index. It is now time for a debate on the extent to which disaster risk reduction should be a key development priority in such countries. Simple, cheap measures are needed in place of the complex ones imported by the humanitarian aid industry. The measures need to involve and be supported actively by the whole population.


"I was impressed by the achievements of the Nepal Society for Earthquake Technology (NSET), ... other Nepali NGOs, INGOs, the Nepal Red Cross, and to some extent government—especially at the municipal level.  ... I am sure lives were saved because of these efforts to train on earthquake aware construction, enforcement of the building code in Patan (one of the historic cities that now compose the metro Kathmandu region), preparedness planning in the health sector, establishment of 68 green space safe areas, training in some of the cities in light search and rescue and pre-positioning of tools for this purpose."

Hence, there has been some positive change. The level and nature of the damage indicate that its scope is limited. Dr Wisner added that, although half of Nepal's 20,000 schools are situated in the Kathmandu Valley, only 260 of them have been given a seismic performance assessment and retrofitted. It is fortunate that the earthquake occurred out of school hours, but one cannot be sure that this will be the case in the next major earthquake.

Social and political tensions have persisted in Nepal into the present day, and they represent a distraction from the process of disaster risk reduction (DRR). The aftermath of the April 2015 catastrophe will doubtless be characterised by national unity in the face of crisis. However, as the risk of another major earthquake will remain high during the ensuing decades, it would be well to ensure that DRR remains a top priority in national development. 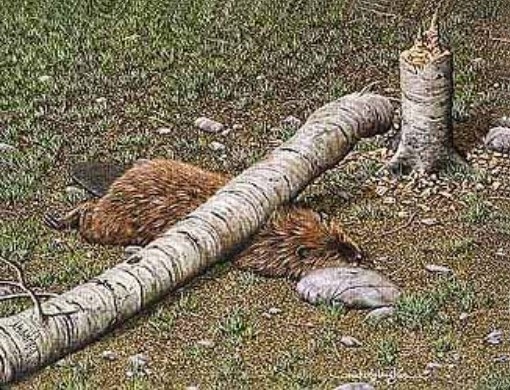 A former member of academic staff, now an Emeritus Professor, did his PhD on an aspect of physical processes in deserts. A company that specialises in aerial surveys paid for him to collect sand samples over a wide area of uninhabited land in North Africa. He brought the samples back to England and took them to his department. In the laboratory, he opened the packages of sand up to look at them and check that they were in the same condition as they were when he had so meticulously collected them. It was Friday afternoon and he went away for the weekend.

On Monday, he came back and the table on which he left his rows of bags full of sand was empty. It had evidently recently been cleaned. He panicked and rushed around looking for his samples. Those were days when fire suppression technology was very much more rudimentary than it is now. Eventually he found a cleaner who took him round to the back of the building and showed him a row of red-painted fire buckets full of multi-coloured sand. He broke down and wept.

Two friends of mine, who were married to each other and living together, did research for their theses in English Literature. One day, when they were close to the end of their studies, they decided to have a barbecue. They grilled the meat on the balcony of their apartment. Unfortunately, this happened in North America and they lived in a wooden building. It had been a long, hot summer and everything was bone dry, including the wood of the balcony. They failed to put the barbecue grill out properly after they had used it and the building caught fire. It was consumed by the flames in nine minutes flat. No one was injured but the building was a write-off. My friends had written their theses and had made electronic copies of the files and had printed out hard copies as well. Unfortunately, they were all in the same place, namely, in the house. The hard copies were reduced to ashes, the computers melted and the disks were consumed by fire. My friends never graduated.

Recently, I caught a snippet of the local radio news. It said: "Police divers were out in the river looking for his thesis..." It reminded me of how works of scholarship were more prone to disaster in the pre-digital age. For example, the distinguished South African geomorphologist Lester King found that his houseboy had taken his thesis down to the rubbish dump and burned it, thinking he was doing a favour in cleaning all those disorderly pieces of paper out of King's office. King was another luminary who never got his doctorate. And then there was T.E. Lawrence, who forgot to reclaim the manuscript of Seven Pillars of Wisdom from the luggage rack when he left a railway carriage at Reading station. It was never found and he had to rewrite the whole, rather substantial, book from scratch. Thank goodness he did.

The moral of these stories is care, protection, redundancy and keep things at more than one site.