Troops on the Streets 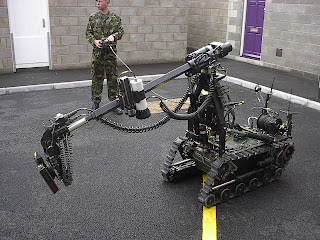 The deployment of troops on the streets of major Italian cities in the summer of 2008 has elicited much comment from around the world. In reality it is not a particularly unusual move. The same thing has happened in India and China at the same time. Moreover, troops have periodically been used in Italian civil crises, most recently at the start of 2008 to clear up rubbish accumulated on the streets of Campania, the region of Naples. Commentators have asked, variously, whether the appearance of armed soldiers on the streets of Rome and Milan heralds a return to fascism, and whether it signals the incapacity of the Italian police forces to cope with a crime-wave. Criticism has been fuelled by the usual xenophobic brayings of the centre-right government, which likes to garner popular support on the basis of fear of foreigners and utter disregard of statistics.

Let us consider the role of troops on Italian city streets and then derive some general lessons that are not country-specific. In the first place, crime is not peaking on the streets of Italian cities, which remain as safe as any in Europe. In any case, emergency services and civil protection systems are not necessarily fully demilitarised. In Italy the Carabinieri are a police force and a branch of the army, with full military organisation. In many places they are more visible keepers of the peace than state police forces, although not necessarily more so than the urban police that all municipalities have. Secondly, the state police and fire services depend on the Ministry of the Interior (i.e. the Home Office) and hence are as centralised as the Italian Army. Thirdly, as in many other countries, the fire service is organised on para-military lines, as the very idea of fire brigades suggests. In some regions even hunters are organised on military lines, although their focus is on the acquisition of the raw material for wild-boar hams, sausages and steaks. In other words, there is no particular reason to be afraid of military organisation.

Nevertheless, I have repeatedly written that the measure of the evolution of a civil protection system lies in its degree of demilitarisation [1]. When well advanced, this frees it from authoritarianism, endows it with flexibility and makes it sensitively responsive to the needs of the civilian population. In contrast, civil defence underwent a resurgence in the 2000s, the new age of international terrorism. Paradoxically, after the attacks on the USA of 11 September 2001, the decentralisation of crisis response was abruptly reversed as everywhere central states launched costly, ambitious and often draconian forms of renewed civil defence under the banner of 'homeland security' or whatever the local epithet is. The cold warriors came out of the woodwork, relieved to have an enemy again in the personification of evil, Osama Bin-Laden (who, of course, was very much a creation of Western fears and interests and is hardly well placed to be the grandfather of terrorism that he is usually portrayed as).

When, a few years ago, troops and armoured cars were sent to preside over Heathrow Airport in London it was said that "intelligence" had revealed a particular threat. Be that as it may, it was clear that they could not have prevented the shooting down of an aircraft with a surface-to-air missile from an address in West London. What they did have to offer was encrypted communications and the visible presence of armed men in uniform. In any case it was left to the secret services to gather intelligence and the police to shadow the infrastructure of terrorism and its command lines.

With respect to troops on the streets, we need to worry about the cities in the world where they remain present for years--Yangon, perhaps--and about what they do when they patrol. There is little that army personnel can do to control crime, especially if they lack powers of arrest. Peaceful urban landscapes cannot be treated as battlegrounds, or else wholesale violations of civil and human rights would constantly occur. Moreover, troops do not have the training for urban crime prevention. All they have is the intimidation factor and weaponry that they would be ill advised to use in all but the most utterly exceptional circumstances.

An uneasy, undeclared truce exists between civil protection and civil defence. The former is locally based and decentralised and it exists to tackle all sorts of contingency, from alligators in local streams to earthquakes to the death of the Pope. The latter is centrally controlled and exists to protect the civilian population (or its representatives) against armed attack. The two services are not necessarily distinguished by name or even equally developed. In Italy, civil protection is a highly visible phenomenon with bases all over the country and thousands of volunteers in colourful, reflective uniforms. Civil defence is a much more reserved matter and is seldom discussed, unless one is a prefect, the central state's representative in one of the provinces.

The future direction of the rivalry between civil defence and civil protection is inherent in the politics of devolution and centrism. The Italian government that put the troops on the streets is highly devolutionary, as half of the cabinet believes in freeing its constituencies from the interference of Rome. However, there is an element of deception in this. Politicians who work at the centre in a national government are hardly likely to cede power to local administrators, at least not unless they can preside over a solid, regionalised network of power. Hence the troops--solid evidence of central control.

In operational terms, the deployment of soldiers to guard major strategic sites is of little consequence. Their training in urban counter-terrorism is probably minimal or non-existent; their access to appropriate intelligence likewise. Instead, it is a visible indication of a deeper, more complex process connected with the inner workings of government, indeed of governance. Some of that process was once explained to me by a government politician at a lunch table in Lombardy Region, but I fear that it is too complex and too involved for a thousand-word essay, indeed probably too difficult for my feeble intelligence to grasp. In any case the march of events will also affect the process and determine, as much as political predilections, what the eventual balance between civil defence and protection is. The only certainty is that, as far as crisis management goes, politicians tend to be populist and hence are fond of short-termism. At the worst this involves knee-jerk reactions to events (e.g. troops deployed on the streets), while at best I fear it involves devoting only limited and sporadic attention to emergency arrangements.