The Costs of Relief in International Disasters 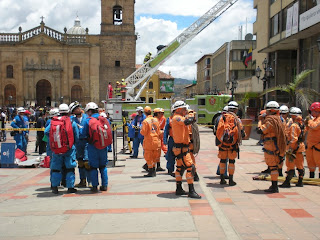 Does rescue and medical intervention in foreign disasters cost too much? Is it effective and efficient? It is remarkable how little debate there is about these questions and how few data are available on which to base one's judgements.

In assessing costs, it is necessary to distinguish between search and rescue (SAR) and urban search and rescue (USAR). The former includes mountain and sea rescue, lost climbers, search for lost children and Alzheimer's patients and is usually focussed on one or two individuals, or a single boat. USAR involves searching damaged buildings after earthquakes, explosions and structural collapses.

SAR costs are highly variable. The cost of using helicopters depends on the type and availability of the aircraft, its range and crewing requirements (from a single pilot to a full medical team, copilot and winchman). In general it is around €2,500 per hour of search.

International USAR may involve travel over very long distances (for example from Taiwan to Haiti). It may also involve one or two teams of 58 members, up to 28 tonnes of equipment, and possibly also two or three rescue dogs (FEMA 1996). USAR teams inscribed in the UN register INSARAG are required to maintain 72 hours' total autonomy wherever they work, which necessitates bringing food and water supplies with them. However, it is very difficult to be autonomous with regard to local transportation in a foreign country.

In the USA a USAR team costs about $1.8-$2.2 million per year to maintain. For accredited teams, the US Federal Government contributes about $1 million per task force per year, a total of $28 million. Although in 20 years the cost to US taxpayers went up seven times, they have fallen back recently (Bea 2010, p. 1).

The number of foreign rescuers that arrive in a disaster area after a major, internationally declared catastrophe usually varies from 1,200 to about 2,300, with a mean somewhere around 1,600. Almost no one arrives within the first 24-36 hours and almost all usually arrive within 72 hours. On occasion delays have been experienced by failure to get through immigration and quarantine, or by lack of transport on the ground. The teams usually stay for 4-7 days.

The "golden period" for rescuing trapped survivors is 6-12 hours after a sudden impact disaster that causes buildings to collapse (and definitely well within the first 24 hours). However, most foreign rescuers arrive later than this, and the number of people rescued is usually very small. The teams are thus restricted to recovering bodies from the rubble. In Bam the 57 members of Rapid-UK rescued no one at all. In Haiti, 134 people were rescued (bearing in mind that the death toll was probably in excess of 250,000 and no one ever counted the plethora of injured people). Of these 134 people only nine were rescued after the fourth day. Yet the EU alone mobilised 12 USAR teams, and at least 24 others arrived from different countries in Europe, Asia and the Americas. Whilst one is of course grateful that anyone was rescued, one is forced to conclude that overwhelming inputs thus produced very small results. Similarly, 40 USAR teams participated in the response to the Bam, Iran, earthquake of 2003, but only five of them arrived within the first 24 hours (Abolghasemi et al. 2006).

The maximum survival time for an uninjured person trapped under rubble is 14-15 days, but the proportion of people who last more than five days is absolutely insignificant. In the Tanghsan, China, earthquake of 1976, the worst such disaster in the 20th century, 5,500 people were rescued on the first day, but by the fifth day there were only 34 new survivors.

The cost of sending teams across the globe and putting them to work for a week is seldom, if ever, quoted. Rumour has it that the cost per life saved is about US$1 million, although accurate estimates have, to my knowledge, never been made. Clearly, if all search and rescue could be conducted by well-equipped, numerous, well trained local forces, then costs would be very much smaller. However, it is as well to remember that in the response to the 1985 Mexico City earthquake, 135 rescuers died, 65 of them when searching confined spaces that flooded (Casper and Murphy 2003, p. 367). Safety training and personal protective equipment are thus absolutely necessary. In Mexico City, as elsewhere, four fifths of survivors were rescued within one day of the disaster (Olson and Olson 1987).

A second problem concerns foreign field hospitals (FFHs). In the aftermath of the Bam earthquake, the estimated cost of deploying 14 foreign field hospitals for an average of two months each was $12 million, or about 40 per cent of the cost of rebuilding Bam's two damaged and unserviceable hospitals. Deployment was more rapid than it had been in the Gujarat earthquake two years previously (24-48 hours as against 5-7 days), but nevertheless, by the time the first field hospitals were active, injured patients had either died or been airlifted by medivac to other cities. The field hospitals were used to provide routine medical care in substitution for the damaged permanent medical structures. Hence, it is hardly surprising that when Von Schreeb et al (2008) looked at four major mass-casualty disasters, they found evidence of substantial over-supply of medical aid and rates of utilisation of field hospitals that fell below 50 per cent. In the final analysis, the logistical costs of deploying field hospitals may be so high that they are sometimes left behind at the end of operations and donated to the host country--i.e. written off.

The upshot of these considerations about USAR and FFHs is that there is no substitute for resilient, local rescue and medical response to disasters. The costs of foreign intervention are very high, the benefits are small and from this point of view the international relief system is extremely inefficient.

Casper, J. and R.R. Murphy 2003. 2003. Human–robot interactions during the robot-assisted urban search and rescue response at the World Trade Center. IEEE Transactions on Systems, Man, and Cybernetics. Part B: Cybernetics 33(3): 367-385.