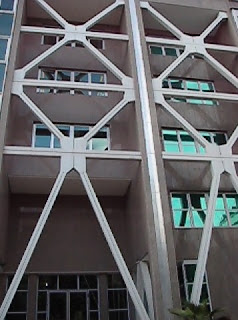 The Government of the Islamic Republic of Iran has shown a marked reluctance to disclose the final purpose of its uranium enrichment and nuclear power programmes to the outside world, and in particular to the International Atomic Energy Agency in line with U.N. Security Council resolution no. 1929 of 2010. Hence, an IAEA report of 22 May 2013 concluded that:-

"No agreement was reached and the Agency has not been able to begin substantive work with Iran on resolving the outstanding issues, including those related to possible military dimensions to Iran’s nuclear programme." (IAEA 2013, p. 2).

The reaction of the Western World to this situation has been to impose sanctions upon Iran. Sanctions, the denial of supply in goods and services, were designed initially to prohibit trade in military materiel and components. As there are usually many ways around this, the second stage is to penalise a country by attempting to destroy its foreign trade.

In 1991 the UN Security Council imposed sanctions on Iraq in response to Saddam Hussein's invasion of Kuwait. During the 12 years that the measures lasted, the country's economy was shattered, large numbers of people died and basic life-support materials were in short supply. Moreover, the negative impact of sanctions upon Iraqi society and economy persisted for a further decade.

Sanctions are a very inefficient measure (Solingen 2012). At best, they are a blunt instrument and at worst they are lethal. The assumption that the strictures caused by economic sanctions will turn a population against its government is seldom borne out by fact. People do vote, if they have the chance to, for leaders who will help ease sanctions, but it is at least as common for there to be an accession of solidarity with the government and opposition to whoever imposed the sanctions. Although sanctions are usually only designed to apply to military materiel and non-essential goods, it is common for them to spill over into life-sustaining items, such as medical supplies (BBC News 24 November 2012).

In 2012, under the aegis of sanctions against Iran, the U.S. Department of Justice published a legally-binding regulation prohibiting U.S. citizens and institutions from publishing work produced by scientists or institutions connected with the Iranian Government. The two-page regulation (US Government 2012) is a convoluted document in which the wording is ambiguous. Iranian universities and research institutes are exempt from its provisions, but agencies of the Iranian Government are not. Moreover, academics who work for universities and the Government are covered by the regulation.

The International Institute of Earthquake Engineering and Seismology (IIEES) is both a research institute and an organ of the Iranian Government (Wikipedia 2013). Despite the ambiguity, it appears to be covered by the regulation. If that is so, US academics are prohibited from collaborating in the writing, editing or publication of documents produced by IIEES staff.

When the next major earthquake occurs in Iran, it is highly probable that the US Government will endeavour to send relief goods and be regarded as compassionate for such a gesture. This will sit very badly with the fact that censorship is being imposed on earthquake science. IIEES produces valuable research on many practical issues associated with the reduction of vulnerability, response to and recovery from seismic events. It has already endured years in which advice and equipment cannot be purchased if the USA is involved. Major publishers have issued editors, myself included, with warnings designed to ensure that no US input be given to Iranian institutions such as IIEES.

Whether or not the new regulations have any significant impact upon Iranian science, there are important principles here. The first is that mutually beneficial research designed to enrich human life or protect life and limb not be subject to gratuitous censorship. The second is that bona fide scientists in Iran deserve support.

I do not believe in boycotts and sanctions, neither of Iran and Iraq, nor of Israel (Rose and Rose 2008). I do not believe in trying to harm those who would be the allies of truth and peaceful progress, simply on grounds of nationality. To take such a position is not in any way an endorsement of governments and their policies, but it is a call for the respect of the individual and the right to collaborate with people, with whom we deserve to share that privilege.

IAEA 2013. Implementation of the Npt Safeguards Agreement and Relevant Provisions of Security Council Resolutions in the Islamic Republic of Iran. Report by the Director General to the IAEA Board of Governors GOV/2013/27, 22 May 2013, International Atomic Energy Agency, Vienna, 14 pp.