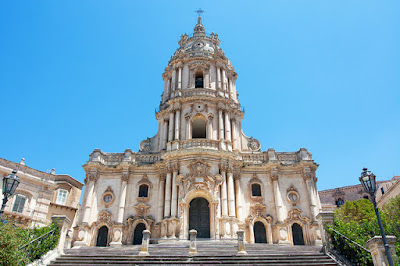 In Italy damaging earthquakes occur on average once every 19 months, and seismic disasters happen about once every four years.

The M6.2 earthquake of 24th August 2016 in central Italy occurred at 03:36 hrs local time and had a hypocentral depth of about 4 km. At least 291 people were killed, with the highest total at Amatrice (pop. 2,646) in the Province of Rieti (Region of Lazio). This event occurred in a predominantly rural area of the Apennines, and the population of the area of major damage was a mere 5,100 people. As a whole, the event recalls the M5.2 seismic disaster of May 1984 in the Abruzzi National Park (140 km south of Amatrice), in which three people died and 11,000 were left homeless (Alexander 1986). In terms of damage to schools, it recalls the M6.0 earthquake of October 2002 at San Giuliano di Puglia, 182 km from Amatrice, in which 27 children and three teachers were crushed to death when a school collapsed (Langenbach and Dusi 2004). In Amatrice the collapse of a school prompted the same questions about the seismic resistance of educational facilities, and the quality of seismic upgrading as had been raised at San Giuliano (Grant et al. 2007). There are possible indications of corruption and that, according to correlation studies, is the principal cause of seismic disasters, world-wide (Escaleras et al. 2007, Ambraseys and Bilham 2011).

In Italy, the immediate political response to the 2016 Amatrice disaster involved a great many fine words and pious hopes about prevention, reconstruction and the preservation of culture. With respect to previous earthquakes, there were some improvements in the organisation and planning of post-event recovery, notably in cultural heritage protection. However, the sums of money offered to the affected area were by no means large enough to accomplish what the politicians said should happen. Italy is the largest beneficiary of the European Union solidarity fund, and in times of seismic disaster it has also drawn heavily on regional support grants. This has not always meant that the use of the funds has met with EU approval—see the conclusions of the European Court of Auditors' report on the 2009 L'Aquila earthquake (ECA 2012).

Typically in Italy, events such as the 2016 Amatrice earthquake do not lead to a sustained government response, for there are too many other demands upon the public purse. Commonly, the public part of reconstruction funding is largely gleaned from European funds or else is tacked onto parliamentary bills designed to fund other things, in what Americans call 'pork-barrel legislation'. At best, a government may wait until the financial climate is more favourable before it allocates significant funding to recovery. Thus it was three years before the first stirring of reconstruction occurred in L'Aquila after the M6.3 earthquake of 2009. Public debt incurred in reconstruction after the 1968 Belice Valley, western Sicily, earthquakes, will not be paid off until 2038, 70 years after the disaster. Belice, moreover, had to wait 15 years before reconstruction even started (Parrinello 2013).

These are the minor events. People suffer no less in them than they do in the major ones, but the overall picture is quite different.

At the time of writing this, I have just returned from three weeks in the Hyblean part of Sicily, the southeast limestone massif. This area, which extends from Etna, Catania and Siracusa to Gela, is a Mediterranean landscape of dramatic mountains,  broad valleys and rocky coasts. In January 1693 it was struck by an earthquake of magnitude 7.4, which killed about 60,000 people and totally destroyed towns such as Noto and Grammichele. They were rebuilt in such Baroque splendour that a very wide area has been designated a UNESCO World Heritage site. It also includes one of the most sumptuous Roman villas (at Casale, near Piazza Armerina), which was sacked by barbarians after the fall of the Empire, and then covered by mudflows.

Noto, with its 33 baroque churches, is the capital of this immense cultural resource. Ruined in 1693, Noto was transferred 14 km to a greenfield site 250 m lower down valley and closer to the sea at the Gulf of Noto. The new town was built on an elegant and rational plan in the decades after the 1692 earthquake, and produced one of the finest concentrations of high Baroque buildings in the world (Tobriner 1982). Nevertheless, the symbol of the post-1693 reconstruction elsewhere. It is the Co-Cathedral of St George at Modica, which was constructed in a pure, elegant proto-Rococo style, over the period 1702-1738. It was the inspiration for the famous Frauenkirche of Dresden (1726-43), which was destroyed by British bombing in 1945 and rebuilt over the period 1993-2005. The rebuilding of the latter was a major financial and technical challenge, and perhaps a major cultural one as well.

St George's Cathedral has an unforgettable grace and luminosity, but all of the Hyblean Baroque monuments, with their dazzling splendour, could at any moment be destroyed. The Hyblean Plateau of South-east Sicily is geologically a foreland of the African plate. Almost all of it has expected peak ground acceleration (PGA) values of more than 0.25g, with a ten per cent probability of exceedance in 50 years for a 475-year return period (D'Amico et al. 2012). As this is a value for rock, the PGA for soft sediments could be very much higher, with devastating consequences.

The extraordinary oral testimonies and histories collected by the noted anthropologist and linguist Marcella Burderi show eloquently that in the Hyblean culture, the Virgin Mary and St George, with his invincible sword, figure very strongly as protectors of ordinary people and righters of wrongs. They also serve as a means of transmitting knowledge of natural disasters from one generation to another (Burderi 2011). These gentle cults may do little to reduce seismic vulnerability, but they are an important source of awareness and a valuable palliative:-

* "In 1693, what things happened!
The Vale of Noto was destroyed.
If you happen to go to Catania
Lamented by thousands of people,
Catania was the most important place,
Rich in industry, decorated with history,
Lift up your hearts and you will find
The Eternal Virgin of Catania in pain."
(Burderi 2014)

Parrinello, G 2013. The city-territory: large-scale planning and development policies in the aftermath of the Belice valley earthquake (Sicily, 1968). Planning Perspectives 28(4): 571-593.