Submit a Manuscript, Encounter a Bias 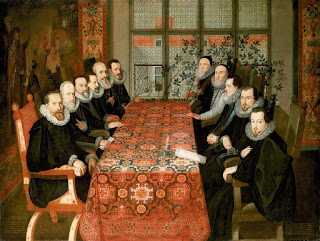 An article in Times Higher Education (Pells 2018) discusses the presence of national, racial and gender bias in academic journal publishing. It prompted me to write my thoughts on the matter, as follows.

I have been an international academic journal editor for 33 years and have seen more than 10,000 papers into print. When I deal with manuscripts I struggle to be objective, balanced and fair. However, one of my principles is that my loyalty is to the journal, not the authors, whoever they are. My aim is to build a better journal, in which authors will recognise the quality and want to publish their work. This means being strict about the quality of what I accept for publication. If there are patterns in quality, the contents of the journal will reflect them. That may seem very simple, but there are two other issues. The first is that there is a thread of serious bias among referees. I first noticed it in 1985 when I started my editorial role. Willingness to review papers is related to gender (Wennerås and Wold 1997), national origin and whether or not European or North American men are among the authors. In the 1980s and 1990s I termed it ‘academic racism’: that may be an overstatement but it is certainly part of the ‘clannisness’ of academic life. It is not by any means universal, but it is a highly consistent phenomenon. I find papers from authors in Iran, Pakistan, Malaysia and India take much higher than average effort to get reviewed. This may be because of a record of poor science and scholarship in these countries, but it is particularly hard on good and aspiring authors from such places, who must struggle harder to achieve recognition. Fairness means that even second-rate papers need to be reviewed and their shortcomings (gently) pointed out to the authors so that they can improve their work, which will benefit us all. Not many academic referees operate on that principle. The second issue is competitivity. Universities put pressure on their employees to compete, especially in research outcomes. The result is a failure to help struggling academics elsewhere. For instance, westerners, by and large, are reluctant to give positive, constructive help to Africa authors. Some good work is coming out of African universities and it is a struggle to give it the recognition that it deserves. It is also a struggle to ensure that African authors feel included in the international research endeavour. It should not be.

Ultimately, present trends in academic publishing are unsustainable. The best research should involve collaboration in many different ways, and exclusionary policies and actions should be reduced. Fostering a community of scholarship means taking positive action to include those who would join it, and fairly recognising good work, whoever may be its author. I fear that requires a different model of university.

Disasters and the Lessons of History 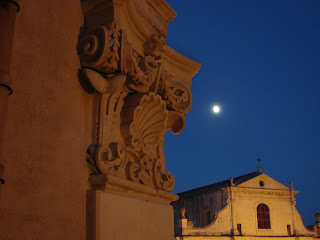 On 15th August 1495 in Modica (the former Arab Mudiqah) in south-eastern Sicily, Christian fanatics slaughtered 360 Jews in the name of the Virgin Mary. The entire population of the city’s ghetto was wiped out, a fact that was extraordinarily convenient to the murderers, many of whom had imprudently let themselves become heavily indebted to local Jewish money lenders. In the 21st century Modica is embarrassed at this episode of its history and on summer evenings it organises tours of the former ghetto, with a rather apologetic commentary by a local official. History does not repeat itself, but it does repeat its lessons. Modica today is a tolerant and enlightened place, but the lesson of the massacre resonates elsewhere in Italy, Europe and the world. Fanaticism and pragmatism are a potent and dangerous combination - and a very up-to-date one. I mentioned the Arabs and, by the way, Saladin was distinctly more tolerant than were the Normans.


Strictly speaking, history is not cyclical, but there is something cyclical about it. Combinations of circumstances, policies and attitudes occur and recur. Perhaps the main reason that this is so is because of the failure to absorb and practise the lessons that it teaches. For this reason, the present is a particularly dangerous period. Population increase, climate change, environmental transformation and the excessive concentration of wealth are all part of the danger. What makes the present period especially risky is that, more than ever before in the recorded past, we live in an ahistorical age. Technological change has, at least partially, decoupled us from our own history. However, the feeling of freedom from the burden of the past is both dangerous and illusory.


The Baroque period of the late 1600s and first half of the 1700s had many parallels with the present day. Baroque was a culture, and a distinctly European one. I am not referring to the Enlightenment because that was not the whole story. Instead, Baroque culture was built upon the tension of opposites: Enlightenment and Inquisition, for example, or ostentation and extreme poverty. The tension stimulated the creative energy, but it also imparted a massive destructive impulse: generatio and corruptio, as the Ancient Greeks would have had it, but unrestrained. Pluralism is usually lauded, but extreme polarity is not a good thing, or so history tells us. Similar conjunctions of circumstances mean that we live in the New Baroque Age. That gives us the opportunity to ponder the juxtaposition of opposites, especially the tension between enlightenment and ignorance.


Many of the lessons of history are thoroughly uncomfortable. With the shallowness of the technocratic age, commentators tend to call upon them only when they are convenient. As so many lessons are far from being convenient, they tend to be manipulated to make them so. Technological change has severely blurred the margins between fantasy and reality. History, if it appears, is the stuff of revisionism. In the struggle to see the world as it is, to master the great tide of data, information and events, can one achieve vision, or is it merely a mirage? Is the world we experience a reflection of some hard reality, or merely of our own predilections and prejudices?


Since the end of the old Baroque period there has been a constant division and subdivision of knowledge, eventually using the codification, or model, furnished by 19th century pedagogy. The paradox is that, in the age of superabundant information, never has it been harder to see the overall picture. The rigidity with which the subdivisions of knowledge are maintained, the keenness of the defence of intellectual territory, makes it even harder.


Disaster studies are, or should be, the epitome of interdisciplinarity. However, that is not the issue at stake. The issue is not how to combine disciplines, or even how to transcend them, in order to understand disasters. Instead it is how to see disasters in the context of other things. A very simple illustration of why that is important is as follows. Poor communities have high and rising vulnerability to hazards. Ignorance and lack of resources are attributed as the causes of this. Education programmes and investment in hazard reduction schemes are implemented. In reality, hazards are not a priority because they are not the most important problems that the poor communities face. After decades of efforts to mitigate hazards and reduce vulnerability, we need to ask why has success been so limited? The answer is that it is the context, not the hazard, that needs to be mitigated. Throughout the world, public austerity measures have been accompanied by a mass transfer of wealth from the poor to the rich. When people’s general resistance is weakened, no amount of targeted programmes to reduce the impact of disasters will solve the problem. Like the hydra, it will pop up again every time it is annihilated.


Disaster occurs in the context of fiscal stringency, wealth transfer, proxy-wars, insurgency, murderous alternative economies, corruption, environmental degradation and the struggle to master technology before it masters us. In many instances, the root causes of disaster need to be sought outside disaster itself. This tends to make them less tractable. One of the biggest challenges is to understand how factors that have nothing directly to do with disasters affect them. For instance, what price reduction in vulnerability to floods when the real problem is the prevalence of murder? What price safety against earthquakes when the real problems are exploitation of labour and shortage of work? Obviously, an even bigger challenge is to solve the contextual problems and cascade the solution into disaster reduction.


One reason for mentioning history is that the problem of the context of disaster consists of two parts: practical aspects of survival and ideological aspects of the attitudes that determine people’s predilections and choices. The second of these is the most prone to the pseudo-cyclic nature of history. Hence, we need to ask what the connection is between history and the future? As we look back on what were once futures, we can see that there is a connection between the past and what is to come. Not only is it composed of the momentum imparted by decisions taken and actions completed, but it is the sum of mind-sets, and also the resurgence of old ideas in new forms.


The defining issue of modern life is humanity’s relationship with the technology it has created. It is this that leads us into the New Baroque Age, characterised by the tension of opposites. This is my model of it. 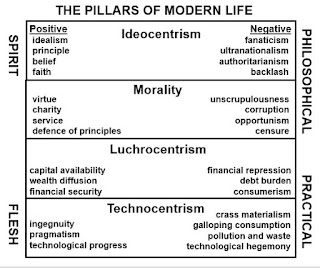 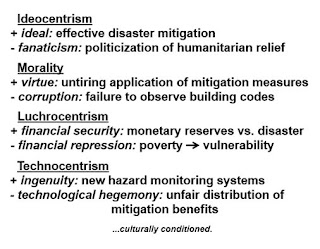