The tragic absurdity of nightclub fires 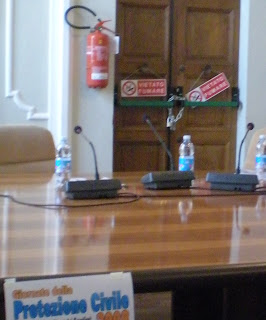 On 20 February 2003 fire broke out at The Station Nightclub in West Warwick, Rhode Island, USA. One hundred people died in the crowded locale, 230 were injured and 132 escaped unscathed. The salient characteristics of this event were as follows:-

The disaster was filmed in its entirety (which led to the prosecution of the film company for $30 million for allegedly obstructing the exits) and the propagation of the fire was modelled digitally in fine detail.

The Kiss Nightclub fire in Brazil occurred on 27 January 2013 in Santa Maria, Rio Grande do Sur state, Brazil. It killed 230 people and injured 120, 70 of them critically. This event had all the characteristics of previous nightclub fires involving indoor fireworks, highly flammable construction materials, overcrowding, poor management of exits, and thus appallingly high risks and lack of safety for patrons and workers at the locale. Indeed, it is reported that door managers initially tried to prevent people from leaving, as they could not guarantee that bar bills had been paid. It is common in these instances to find lack of emergency training and missing or defective equipment (it is reported that an extinguisher employed to put out the initial fire did not work).

It is particularly striking that at irregular but frequent intervals in different metropolitan areas around the world the same disaster occurs. Everything about it is preventable. Cladding and construction materials should not be highly flammable; electrical systems should be in good condition; there should be adequate fire suppression systems; exits should be adequate, functional and well signed; overcrowding should be avoided; pyrotechnic devices should not be used indoors; and staff should be trained in how rapidly to recognise an emergency situation and manage it to best advantage. Finally, as nightclub owners evidently cannot be relied upon to do these things, local authority and Fire Service enforcement should be sufficient to compel them.

One hopes that Brazil will improve its ability to manage such risks by the time of the 2014 World Cup Football and 2016 Olympic Games.

Reader: if you frequent nightclubs or any similar locales and find emergency exits chained up, or any other evident safety violations, call the police immediately and do not cease to protest until the situation has been resolved.