Disaster Risk Reduction is not a Paradigm 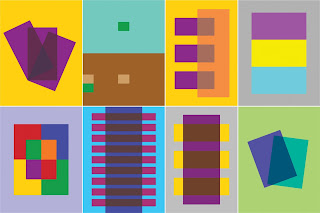 In 1973, when I was a young undergraduate, I was taught the rudiments of the philosophy, theory and methodology of science. In the library of the London School of Economics there was an entire shelf that contained 29 well-thumbed copies of Thomas Kuhn's The Structure of Scientific Revolutions (Kuhn 1970). This was standard reading on many courses in the social sciences. It was accepted orthodoxy, but was Kuhn's model right?

According to Kuhn, researchers perceive a particular approach or methodology to be promising and productive. It seems to enable them to make progress with their collective enquiries. Gradually, they exhaust its potential. Pioneer researchers discover and propose a new approach that appears to be able to solve problems that the old way could not. Bit by bit, the community of scholars is convinced and progressively abandons the old approach while taking up the new one. Thus a 'scientific revolution' is born. Kuhn's is a model of innovation diffusion, based on observations of the 'model of natural science' (Harvey 1969). It lacks the spatial dimension of the 1960s work of the geographers Torsten Hägerstrand (1968) and his colleagues, but it has all the other components.

Because it is such a well-known, powerful and simple explanation of modern scientific method, the Kuhnian paradigm has elements of self-fulfilling prophesy. The model has been criticised both because it is too simple and because there are rival theories of paradigms. One of the most penetrating criticisms is that in any discipline many parallel paradigms are operating. In other words, there are different ways of seeing a problem and hence different methods of solving it can exist together at any point in time. If there are many paradigms, there is in effect no paradigm. It would be premature to suggest that there is also no discipline, but there is currently a process of combining and recombining forms of knowledge in new ways. Science is reorganising itself to meet the demands of a very difficult century, and the interpretation of the plethora of knowledge so far produced.

The 1970s were a period in which Kuhn's ideas were vigorously debated by people who were much more knowledgeable in the philosophy of science than I will ever be (Meiland 1974, Nickles 2003, Scheffler 1972). However, my point here is not to bring in the heavyweight models of that discipline, but to make a simple point about the misuse of terms. In fact, 'paradigm' is one of the most misused words in the scientific lexicon. It is used lazily for any common thread in scientific endeavour.

So do we have a paradigm in disaster studies? If we do, is it going to be overthrown by a scientific revolution (or a social scientific one)? Some researchers evidently think so (Ismail-Zadeh et al. 2017), but to answer the question properly, we have to ask another. Is our field (may I call it a discipline? - perhaps not!) susceptible to fads and fashions instead of true paradigms? To begin with, let us introduce some rigour: a vaguely defined way of doing things, or thinking about them, does not constitute a true paradigm. Secondly, a paradigm should involve parallel but independent investigations upon similar lines, and many of them. By contrast, a fad or fashion involves imitation rather than strictly parallel endeavour (a fad is a more pejorative version of a fashion). Imitation involves adapting other people's reasoning to a new set of data or circumstances. It does not require careful reasoning to choose the right tools for the job, or exactly the right question to ask in order to obtain the most productive answer.

Consider the notorious case of René Thom's catastrophe theory (Zeeman 1979). The name was attractive, although highly misleading, as it was not a theory about catastrophes. It was instead a mathematical interpretation of discontinuities (singularities) in state space. Only the lowest level of singularity could be used to model any physical reality. This severely limited the applicability of the theory. Its use in earth sciences (Henley 1976) produced few interpretable results and did almost nothing to shed new light on the problems to which it was applied. It was soon dropped, despite having been hailed as the start of a new paradigm. In reality it was a fad.

Such examples illustrate a rather shallow idea of what represents the 'cutting edge' in any discipline. Sadly, a follow-the-herd mentality all too easily develops among researchers. The residual question is how to liberate and encourage creativity. Like any field of study, disaster risk reduction needs lateral thinking. In other words, it needs diverse entities to be linked in new and productive ways. A paradigm is a concerted attack on a problem by many researchers with similar aims and parallel but diverse perspectives. DRR is now a large enough field to generate this. Indeed, will cascading disasters be a paradigm? Time will tell - or scepticism will dismiss the idea! Fads and fashions are far too imitative to be efficient, effective ways of addressing our problems. A non-paradigm approach might simply bring widely different perspectives to play, thus generating a more pluralistic approach. This is probably what is happening. It is a healthy sign in a field that draws upon more than 40 disciplines for its knowledge (Alexander 2013). My only reservation about this is that we may need the impact of a recognisable paradigm in order to gain the recognition that the field needs.