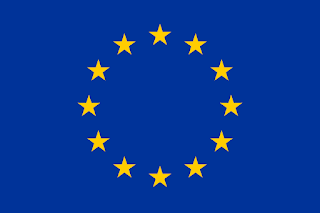 A week before I wrote this, there began a period of unprecedented turbulence in world affairs. An ill-considered, badly designed and poorly administered referendum* has left the United Kingdom, and Europe, in chaos. In the UK the result has divided the nation into two. It has pitted the old against the young, the haves against the have-nots, the educated against the ignorant, and the cosmopolitans against the isolationists. The country's political classes are in chaos, with the exception of those in Scotland, who stand for a national unity that is totally at variance with the direction taken by the rest of Great Britain. In Ireland, the referendum has undermined the basis of the peace agreements and left the island with an unsolvable border problem, which threatens a resumption of the violence that was stopped only with great difficulty after 30 years.

Within hours of the result of the referendum, the promoters of the leave campaign revealed that the promises which induced 17 million people to vote for them were nothing more than empty rhetoric. They now have no plan.

It is blatantly obvious that the outcome of the referendum was nothing more nor less than the cry of the dispossessed. Unfortunately, the scapegoat, the EU, was the wrong one and the outcome will not give them redress.

In England and Wales, irreparable damage has been done to institutions. It will not be remedied, if it ever is, for generations. Multiculturalism has collapsed under the rising tide of xenophobia, racism and intolerance. People with foreign connections, including those who have every right to call themselves indigenous - and myself - now feel deprived of their frame of reference, disorientated and fearful for the future. Those of us who have worked for years to promote European unity have seen our efforts smashed to pieces on the rock of xenophobia. It is a disease that is as contagious as it is toxic.

Young people, already carrying an intolerable burden, have seen their outlook ignored, their aspirations shut off, and their burden increased. Many of them are left with feelings of anger and helplessness. Who shall represent them now?

Half the population have misguidedly shown us to be traitors to the European project, something for which I will never forgive them, and the other half are left powerless in the face of profound and fundamental changes that they do not accept.

As individual countries and a continent we, if I may still use the term 'we', have suffered for years from leadership that has been weak, ineffectual and self-serving. It has lacked the vision and foresight that could have prevented this and might yet prevent the horrendous consequences that threaten to unfold all over Europe and beyond.

In disaster studies for a long time it has been evident that we need to look more closely at the root causes, or "underlying drivers" of vulnerability, risk and disaster impact. The leading root cause of the referendum crisis is migration, a phenomenon that is not in itself necessarily negative or detrimental.

I advocate striving to reverse the damage done by the referendum and the decision to leave the European Union. I advocate remaining in the EU. I also believe it is time the United Kingdom had a constitution, as does almost every other country. Moreover, the UK needs to begin the process of educating its population in governance, something that is seldom if ever discussed and is not taught in schools. Only one in seven people in Britain could answer three simple questions about the European Union. Thus, the views of very many people about the EU are based on vague prejudice rather than fact.

*Foreigners were allowed to vote, providing they were not EU citizens, but many expatriate British citizens were disenfranchised. Is that fair and reasonable?