Devil's Advocate and the Sendai Framework for Disaster Risk Reduction

This is the sceptic's agenda for world-wide disaster risk reduction. A little scepticism is a good thing: too much of it makes one a thorn in the flesh - or worse.

2.    Whether it is good or bad, will it actually help to reduce losses caused by disasters?

3.    What are the alternatives to having a Sendai Declaration? Is there a better way?

5.    Would changing the wording of the SFDRR have any impact upon disaster losses?

6.    Can a document like the SFDRR ever be anything but top-down, and if it can't, does this matter?

7.    The word 'should' appears 20 times in the SFDRR: does it have any real meaning in comparison with the word 'must'?

8.    In the face of 'disaster risk creation'*, do targets have any meaning?

9.    For whom is science, and who will ascertain this?

10.    What sort of framework will produce positive results if a government is corrupt and unethical?

11.    What if principles cannot be implemented at the national level because of globalism?

12.    Is it disingenuous of governments to wait for a framework to be published before embarking on a proper programme of disaster risk reduction? ("Houston, we have a problem. We can't fix it: no one has told us to.")

13.    Is the SFDRR part of a self-generated, self-justifying culture? If it is, what are the implications of this for disaster risk?

I expect a spirited defence of the Sendai Framework in retaliation. 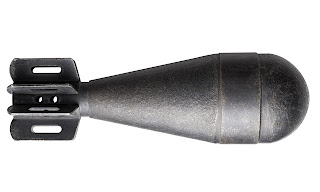 As I write this, we are living through apparently momentous times in which the British House of Commons has voted to go to war with Syria. At least, that is the picture that has been portrayed in the mass media and propagated by the members of Parliament. The whole business of voting has been presented to the electorate as a mighty struggle akin to a decision to seek out and destroy Hitler (during the debate, that very metaphor was used in a variety of contexts).

Military strategists have described the decision as "insignificant". The addition of a few fighter planes and extension across a nominal border of their range of action will have little strategic impact on the situation in the Middle East. In any case, only ten per cent of bombing raids involve the dropping of bombs. One hopes that the targets are chosen on the basis of adequate knowledge about what they contain.

Islamic State (ISIS, ISIL, IS, Daesh & Co.) obviously needs to be thwarted and most of us would prefer it to be destroyed. Aerial bombardment does not do that. Carefully aligned with concerted ground-based action, it can play a part. However, in Syria more than a hundred independent factions are fighting. Moreover, the Russians, with vastly greater firepower than the UK offers, are bombing some of the factions that would fight IS on the ground.

Bombing Iraq led to the spread of radicalisation, the fragmentation of the country, the widespread perpetration of atrocities and a domino-like destabilisation of the Middle East. It did not cause these things, but it certainly helped them to occur. Moreover, bombing campaigns are obscenely expensive. We cut support to the poor and needy and we splash out on riotously expensive military campaigns. The two Gulf Wars cost the Western coalition more than any other single human endeavour that took place in the late 20th century.

With a great fanfare, some distasteful jingoism, and plenty of irrelevant references to the 1930s and 1940s, Britain has "opted for war", or in other words made a great deal of fuss about a relatively small change. It may be small, but it could be significant if it increases radicalisation and terrorism in Europe in the way that past bombing campaigns have.

There is no way that bombing Syria will end the war there. One vital aspect of that endeavour is rarely discussed in public: the supply of arms and money to the combatants. Islamic State could be stopped if its resources were cut off. This would require concerted action against the world's tax havens and that is inimical to the decision makers. It would require much greater control of the circulation of oil and oil revenues than they are willing to support.

Now what does all of this have to do with disasters, other than the self-evident fact that warfare is a disaster in its own right? To begin with, there is the dialectic, and in present times the struggle, between 'safety' and 'security'. The latter currently has the upper hand (but wait for the next large "natural" disaster on our doorstep). Actions in the streets of Europe help bring security: at the same time, actions on the world stage reduce it.

In London the Tate Gallery, Tate Britain, is showing an exhibition entitled 'Art and Empire'. It includes a room full of military paintings that glorify British losses. The Afghan campaign of 1839-42 ended in a total rout and massacre for the British expeditionary force that initially conquered Kabul. It is shown in oils on canvas as a heroic last defence: General Custer, UK style. It was the premature conclusion to another proxy war carried out by the great powers in lands that were not their own. Such are Syria, Afghanistan and Iraq in the modern age. Military solutions are not necessarily futile or counter-productive, but much depends on what other strategies they are allied with. In Libya and Iraq there was no other strategy and the result was failure. Neither country is a 'failed state': both are hardly states at all, failed or otherwise.

After "Nine-eleven" in the United States, President Bush intoned "My fellow Americans, America is at war!" Disaster researchers pointed out that the premiss for war did not exist. Of course, there was a serious situation, but it was not a war (Comfort 2005). The response to 9-11, the 'phoney war', was so heavy handed and lacking in foresight that it undoubtedly encouraged opposition, destabilisation and radicalisation. Rather than learning the lessons of history, we now see the politicians making the same mistake.

Disaster research can learn much from the study of strategic issues, and 'security'. in the modern world, albeit often in a negative sense. Resources devoted to 'security' are taken away from 'safety' - and welfare. 'Security' is vastly more expensive than many forms of safety. Decision making in the security field tends to focus on part, not all of the chain. As with disaster risk reduction, it tends to ignore or undervalue the underlying 'risk drivers'. The most powerful people on the world stage may find it convenient to do so, but that is not the case for the millions of victims of conflict and disaster. Finally, the strategic situation forms a context that is now so powerful that, in disaster risk reduction, we may say that the context is the problem, not merely its environment.

Syria is a seismic country, and it has, or had, a well-developed civil protection service. Under the current situation, that matter-of-fact observation seems bizarre.