Why the Hazards Paradigm Remains Stronger Than the Vulnerability Approach

One of the great paradoxes of disaster studies is the dominance of the hazards paradigm over the vulnerability approach. In 1983, Kenneth Hewitt and his colleagues published Interpretations of Calamity (Hewitt 1983), which cogently set out the arguments for regarding hazard as the trigger of disaster and vulnerability as the essence of the phenomenon. More recent attention to the underlying risk drivers (Blaikie et al. 2003) and disaster risk creation (FORIN Project 2011) have reinforced that view. But what do we see? Hazards-based approaches continue to dominate the field. Indeed, they continue to strengthen their dominance. There are ten reasons why this is so, as follows.

1. It is easier to blame disasters on a neutral agent, such as an extreme natural event, than on human decision making. Having stated this, it is becoming less easy as the full force of human-induced climate change become more and more apparent.

2. People, including scientists, tend to shy away from root causes, which can be complex, agonising and therefore intimidating. Vulnerability as a root cause is often a particularly difficult phenomenon to get to grips with as it tends to be multi-faceted, complex and insidious.

3. Political decision making is a major root cause of vulnerability to disaster. It is all too often divorced from rational advice and wedded to ideology. In the face of political forms of 'rationality', it is hardly surprising that it seems more attractive to study natural phenomena than the vagaries of human behaviour.

4. For many decades there have been massive investments in 'hard' science and no corresponding levels of support for endeavours to understand vulnerability.

5. There is a widespread and enduring belief in the 'technofix' approach to disasters. The bigger the problem, the more technology is needed to fix it. This is, of course, an ideological position in its own right. As it seldom succeeds, but remains wildly popular (especially among those who make a living out of selling technology), the result is that worsening conditions engender yet more dependence on technological solutions, and vulnerability continues to rise.

6. In many parts of the world, libertarianism dominates over regulation. Yet the conditions that produce vulnerability need to be regulated if it is to be brought under control.

7. The position of the social sciences is subordinate to that of the physical sciences in the world's academic systems. There is still considerable prejudice in scientific quarters against the 'softness' of social sciences, which are regarded as lacking in rigour because they do often not produce concrete or precise results.

9. Physical development (such as urban development and the building trade) is a juggernaut that often crushes dissent and restraint. It has enormous political support and it creates vulnerability by putting more and more assets in harm's way.

10. Finally, vulnerability is a paradoxical phenomenon. Like friction, it only really exists when it is mobilised (by impact) and therefore it must be studied either hypothetically before it manifests itself or post hoc after it has been converted into damage. It is thus much less tangible than the physical forces of hazards that can be measured in the field.

Taken together, these ten observations go a long way to explaining why the disaster problem is such a long way from being solved and, indeed, why it continually gets worse. Of course, there is no guarantee that a better understanding of vulnerability would lead to better management of it, but it is nevertheless clear that more and more knowledge of physical hazards does less and less for the process of reducing disaster. 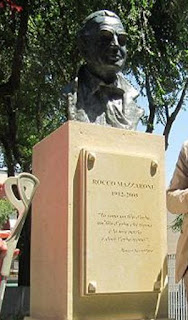