State of the Nation - a UK Perspective on Covid-19 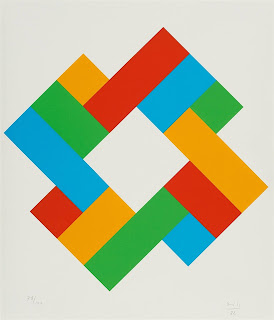 Since the start of the crisis, I have constantly affirmed that the key to understanding the effects of this pandemic is the UK Government's failure to give adequate weight to emergency planning and management (Alexander 2020a, 2020b). Although the virological, medical and epidemiological problems are obviously very complex, medical scientists - and politicians - should not be making risk management and logistical decisions if they do not have the expertise. Yet the Strategic Advisory Group of Experts include no experts on managing emergencies, even though this is the most extensive, and perhaps the most profound, emergency that the country has faced in the last 75 years.

Response to disasters (and this pandemic is very much a disaster) consists of plans, procedures and improvisation. If the last of these is excessive - as it has been for the last half a year - this amounts to negligence, understood as failure to foresee and prepare for the foreseeable. The scenario for this pandemic (excluding the recovery) was fully formulated over the period 2003-2009. I have taught it every year since then. Since 2008, pandemics have been top of the list of 96 threats and hazards in the UK National Risk Register of Civil Emergencies in all editions. There were major exercises on pandemics in 2005, 2007 and 2016. Plans were made in the UK in 2006, 2008, 2011 and 2014. The problem has been the abyss between planning, preparedness and practice. The last two of these were either not developed enough or were allowed to lapse. The plans were not connected to anything. The exercises revealed, for example, that special attention needed to be given to protecting the residents of care homes (PHE 2017, pp. 24-25). This provision was not implemented and the result appears to have been thousands of avoidable deaths.

Covid-19 has revealed that the UK civil protection system is inadequate. No country other than the UK has spontaneously abandoned its basic law on emergency management (in this case the Civil Contingencies Act of 2004). Its replacement with a long and rambling piece of ad hoc legislation that veers from the draconian to the incomprehensible and back again is more reminiscent of North Korea or Belarus than it is of a western democracy. Failure to develop the civil protection system and, crucially, failure to develop and modernise the culture of civil protection, has allowed the survival of a structure that is antiquated, ossified and largely incapable of responding adequately to major contingencies. In Britain, we do not even use the word 'disaster' even when we are looking down the barrel of such a phenomenon.

Mind-bogglingly vast sums of money have been wasted on initiatives that have failed, such as the contact app and test-and-trace systems. Strenuous efforts have been made to improvise in but a few days structures that should take years of painstaking work to create, moreover by paying exorbitant fees to people who have no expertise in the work in question. Personal protective equipment has been improvised when it should have been either stockpiled or subject to pre-arranged accelerated manufacturing contracts, and some of it has proved unusable.

Civil protection is a grass-roots enterprise, but efforts to create it in that form in the UK have been feeble in the extreme. Contrast this with Italy's 3,600 local civil protection organisations, or Germany's THW, with 630 bases and more than a million volunteers. Local and regional authorities have been emasculated, and the result of this has been manifest in their inability to respond adequately to local needs. Exactly one hundred years of research on communication in disasters has been ignored, and the result has been confusion and a terrible loss of trust in authority, destroying the pact that is needed in order to create the sort of national consensus that will make the reduction of infection a truly national enterprise. The UK Government's 13 policy U-turns do not reflect adaptation to dynamic circumstances, but inability to conceive what to do, how to implement it and how to communicate.

Currently, there is no sign whatsoever that there will be a change for the better. Emergency management is still languishing in the doldrums in the United Kingdom. A modern system is needed, integrated at all levels, driven from below, harmonised from above, not authoritarian, but facilitative and participatory. It has been widely stated that democracy is under threat in the UK, as power is becoming excessively centralised. Civil protection, when it works, is a form of participatory democracy, in which the citizen has an active stake in his or her own safety and security. It also requires participation across the spectrum of agegroups, ethnicities, genders, educational levels, orientations, and so on. Clarity, trust, welfare, care and equity are needed, now.