The Importance of Context in Disaster Risk Reduction 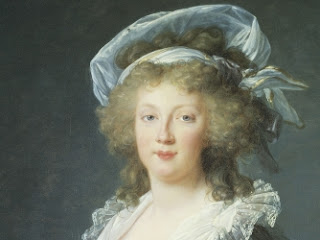 It is an amusing, but macabre, fiction that Marie-Antoinette said "Qu'ils mangent de la brioche."


The Achilles heel of disaster studies is the way we tend to analyse risks and events without adequate reference to their context. We make assumptions about direct cause-effect relationships between disasters and the agents that give rise to them, but in this age of interconnected, concurrent, cascading impacts, many of the effects are strongly influenced by the political, economic and social realities of modern life. Here are some of the forms taken by the context of disasters and disaster risk reduction.

Trust and communication. Trust in authority and acceptance of emergency messages may be influenced by the general status of communication. This is the age of 'fake news', distortion and excessively selective use of the facts. How can we equate the need to provide life-saving information to people if they become accustomed to disbelieve what they hear, see and read in the news?

Image. Such is the power of mass communication in the modern age that entertainment values have replaced many earlier moral philosophies in the popular mind. This has profound implications for how people respond to disaster, which at worst is seen as a spectacle to enjoy, rather than a source of misery and suffering. Alternatively, aid can be switched on and off by manipulating news and using celebrities to determine the popular agenda (cf. Müller 2013).

Shelter. The population of hazardous areas need homes that will survive and resist disaster. What price shelter in an age of unattainable home loans and unaffordable rents? In many places, the excessive cost of housing is driving down the quality of shelter, as well as its accessibility.

Livelihoods. Livelihoods are the key to recovery from disaster and to the generation of resources for resilience. However, they are under threat from shifting production, artificial intelligence allied to robotisation and mechanisation, the deskilling of jobs, and the decoupling of work from social security and health insurance.

Social and health care. In a global financial climate of austerity, healthcare and social safety nets are being rolled back and downsized. Disaster response is fundamentally about social protection, but in ordinary times this is dwindling. If it loses its continuity with long-term assistance to people who are in need, disaster response will become a transient phenomenon. There is a reluctance to define welfare and an even greater reluctance to implement it unless it carries immediate political benefits.

Migration. Unplanned population movements are giving rise to xenophobic responses. This pervasive phenomenon will surely have some repercussions for the 'therapeutic community' that is supposed to prevail in the immediate aftermath of disaster and for solidarity with people affected by disaster.

Wealth. Imbalances in wealth between the ultra-rich and the poor are increasing constantly. This has been a steady trend since the early 1970s. As disaster risk reduction requires both public and private money to be spent for the common good, we may ask what effect the concentration of wealth is having on the resources available for DRR.

These and many more issues with context demand an answer to the question of how to incorporate it into disaster studies. There is no magic answer, but here are a few observations on possible strategies and procedures.

First, we need to track events and developments in politics, economics and society. We need to ponder their implications for disaster risk reduction.

Secondly, we need to make more effort to add culture to the DRR equation. It has elements that are stable and historical, but also mutable and dynamic. It is an elusive concept, but it needs to be understood, conceptualised and interpreted (Krüger et al. 2015). We need to answer the following questions: (a) What opportunities and constraints does culture offer DRR? (b) In direct terms, how does culture affect DRR? (c) How does cultural metamorphosis affect the exigencies of DRR?

Thirdly, we need to make very careful analyses of risk and disaster situations. We need, not only to make rigorous use of scenarios, but also to extend them to include contexts. The trends inherent in the factors listed above (and many more) need to be identified, understood and analysed in terms of their effect on disasters and disaster risk reduction.

The penalty for not including a thorough analysis of context is that explanations and causal influences will be misidentified, misunderstood and analysed only superficially. That would not be in the interests of anyone who wants to know why we have disasters, why they show particular trends, and what we can do to bring them under control.